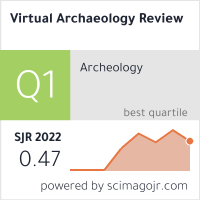 The existing temple complex in Hampi, Karnataka, India was extensively studied, analyzed and documented. The complex was measured-drawn and digitized by plotting its edges and vertices using AutoCAD to generate 2d drawings. The graphic 2d elements developed were extended into 3 dimensional objects using Google sketch-up. The tool has been used to facilitate the visual re-construction to achieve the architecture of the temple in its original form. 3D virtual modelling / visual reconstruction helps us to visualize the structure in its original form giving a holistic picture of the Vijayanagara Empire in all its former glory. The project is interpreted graphically using Auto-CAD drawings, pictorially, digitally using Sketch-Up model and Kinect.