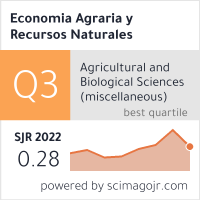 2008 - PhD in Geography and Regional Planning, specializing in Planning and Territorial Management, Faculty of Social Sciences and Humanities, New University of Lisbon.

1994 - Degree in Geography and Regional Planning, Faculty of Social Sciences and Humanities, New University of Lisbon.

Professor the Polytechnic Institute of Guarda from 1997

Director of the Department of Social Sciences, Humanities and Education, at 2008

Scientific Committee of the Master in Management and Sustainability of Tourism since 2009.

Coordinator of the IPG Study Cycle Assessment processes with the Agency for Accreditation and Evaluation of Higher Education - A3ES, since 2010

Member of the Technical-Scientific Council of ParqUrbis since 2015

Member of the Scientific Committee - Aspiring Geopark Estrela since 2015

Member of Working Group 4 of RIS 3 (CCDR Centro) - Territorial innovation: subgroups of Rural innovation and Research and Development and Innovation in Tourism since 2015